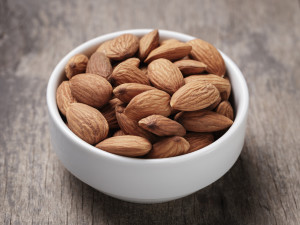 Are nuts healthy? Nuts have long been touted as a “forbidden food” for those who are trying to lose or even maintain their weight; often avoided due to their high fat and calorie content.  The misconception that eating nuts will encourage weight gain is fair, they are certainly nutrient-dense and the proper portion size must be respected, but we have good news… research suggests that individuals who consume nuts regularly (5+ times/week) are actually more likely to have a lower body mass index than those who avoid these crunchy delicacies.

Here’s how your daily dose of nuts may actually be working for you rather than against you:

It turns out that nuts are influencers of “dietary compensation”: a fancy term which means that individuals spontaneously and unknowingly adjust the calories they consume throughout the day to offset the contribution of nuts they consume. Results of multiple studies have shown that approximately 67-75% of energy consumed in the form of nuts is reduced in subsequent meals. For example, if you consume 100 calories worth of nuts in your morning snack (about 12 almonds), you will actually consume up to 75 fewer calories later in the day.

The reason behind this phenomenon is not definitively known but is thought to be attributable to the high protein and fiber content of nuts and that satisfying crunchy texture.

Your weight is largely dependent upon two variables:

As you know, we have the capacity to adjust our weight via changes in the balance of calories in vs. calories out. For instance, a reduction in calories consumed through food and beverages plus an increase in calories expended through exercise should ultimately result in weight loss. So how do nuts play into this equation? It seems that through regular consumption of nuts, we may be rewarded with a small boost in “calories out.”   Nope, your handful of peanuts isn’t going to run a marathon for you, but recent findings have indicated that nuts can actually increase resting energy expenditure (REE) by about 11% due to their lofty protein content. 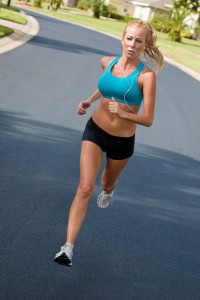 It’s not a glamorous subject but it’s something to consider… researchers have discovered that the consumption of nuts is also associated with an increase in fecal fat excretion. Microscopic observations have shown that hearty cell walls of nuts where the energy-yielding (fat) components are contained are not completely broken down during the process of chewing. This means that the body can’t access a percentage of the fat consumed by nuts during digestion and–you guessed it–that portion is excreted through waste. If you consider it mathematically, this is essentially like creating a small calorie deficit from the total consumed.

While the science (and math) demonstrates many benefits for nut-lovers, it’s important to keep portions in perspective.  Grab a measuring tool or simply count them out. Here’s what one serving of fat from nuts looks like:

So, are nuts healthy, or is it all just a myth? You decide.